Joe Biden’s Tax Plans for the Next Few Years

President-elect Joe Biden’s tax plans were laid out for all to see during his campaign last year. Yet, conventional wisdom said that Biden wouldn’t be able to implement much of his agenda because Republicans in the Senate were going to block most of his tax proposals. But that all changed when Democratic Senate candidates Jon Ossoff and Rev. Raphael Warnock beat incumbent Republican Sens. David Perdue and Kelly Loeffler in Tuesday’s Georgia runoff elections. Now that Democrats will control both the House and the Senate for at least the next two years, Biden’s tax plans have been resuscitated.

He won’t get everything he asks for because the Democratic majorities in Congress are razor thin. And don’t expect quick action on tax changes, because he’ll have more important things to worry about early in his presidency (e.g., the pandemic). But let’s take a fresh look at some of the higher-profile tax proposals Biden pushed during his run for the presidency. Brush up on them now, so you’re prepared if and when he actually gets a few of his ideas through Congress.

Unlike some of his opponents in the Democratic primaries (e.g., Elizabeth Warren and Bernie Sanders), Biden didn’t push for a “wealth tax.” But that doesn’t mean he’s opposed to taxing the wealthy more heavily. For instance, to help close the income gap, he wants to raise the highest personal income rate back up to 39.6% (it was lowered to 37% by the 2017 tax reform law), cap itemized deductions for wealthier Americans, limit “like-kind exchanges” by real estate investors, and phase-out the 20% deduction for qualified business income for upper-income taxpayers. He promised not to raise taxes for anyone making less than $400,000, though.

The president-elect has also proposed eliminating the step-up in basis for inherited capital assets, which means more taxes on wealth passed to heirs, and ending favorable tax rates on capital gains for anyone making over $1 million. Also look for the federal estate tax exemption to be increased back to pre-tax reform levels. More estates of wealthy people will be subject to the estate tax if that change is made.

Taxing the wealthy isn’t the only way to narrow the income gap. Reducing taxes for low- and middle-income taxpayers will help that effort, too. Along those lines, Biden has proposed:

The day before the Georgia runoff elections, Biden said that “$2,000 checks will go out the door” if Ossoff and Warnock were elected. Well, now that that has happened, expect a full-court press for a third stimulus check.

In December, a new COVID-relief law authorized $600 stimulus checks (half as much as the $1,200 stimulus checks sent earlier in 2020 under the CARES Act). Nevertheless, many people saw that amount as too little, too late. So, with President Trump’s backing, the House passed the CASH Act, which would have increased the $600 second-round payments to $2,000 per eligible person. But Senate Majority Leader Mitch McConnell (R-Ky.) blocked all efforts to hold a vote on the CASH Act in the Senate. Now, though, with Sen. Chuck Schumer (D-N.Y.) set to take over control of the Senate, legislation authorizing a third stimulus check – presumably for $2,000 – appears very likely to pass shortly after Biden’s inauguration.

Biden never jumped on the Medicare-for-all bandwagon. Instead, he would rather keep and improve Obamacare. As part of his plan to do this, he wants to eliminate the income-based cap on the premium tax credit so that all families who purchase insurance through a health insurance exchange can claim the credit. He also wants to increase the credit amount by basing it on the cost of a gold-level health plan, rather than a less-expensive silver-level plan.

Biden also proposed several tax changes to help senior citizens and those who care for them. First, his plan calls for increased tax benefits for elderly Americans who pay for long-term care insurance with their retirement savings. The president-elect also wants to allow low-wage workers over 65 years of age to claim the earned income tax credit (currently, you can’t claim the credit if you’re over 65).

In addition, expect Biden to push for a new $5,000 tax credit for “informal” caregivers—family members or other loved ones—providing long-term care to the elderly. Caregivers might also be allowed to make “catch-up” contributions to retirement accounts.

Once in office, look for Biden to push for increased tax credits for employers, including small businesses, that hire a person with a disability. The expected credit would be worth up to $5,000 the first year and $2,500 if the disabled worker completes a second year of employment. There could also be up to $30,000 in tax credits available to businesses that improve the accessibility of their workplace.

Biden also wants to expand access to ABLE accounts. These are tax-advantaged savings accounts that provide people with disabilities a way to pay for qualified disability-related expenses, such as education, housing and transportation. Specifically, Biden may help pass the ABLE Age Adjustment Act, which he said would make ABLE accounts available to 6 million additional adults with disabilities, including 1 million veterans.

Biden issued a climate change plan that includes some tax provisions. His “Clean Energy Revolution” would be paid for by restoring the full electric vehicle tax credit (while aiming it at middle-class consumers); pushing tax breaks for energy efficiency in the homes and other buildings; and increasing tax incentives for carbon capture, use and storage. He also said that he would support a carbon tax.

Biden’s plan to expand access to affordable housing calls for creating a new refundable tax credit of up to $15,000 for first-time homebuyers. The credit would be paid when qualified taxpayers purchase a home, instead of when they file their tax return the following year.

He also wants to enact a new renter’s tax credit to reduce rent and utility costs to 30% of income for low-income individuals. In addition, Biden supports expanding the low-income housing tax credit, which provides incentives for the construction or rehabilitation of affordable housing for low-income tenants.

In a proposal that’s related to affordable housing, Biden also called for Opportunity Zone program reforms. Under the program, you can defer capital gains from the sale of business or personal property by investing the proceeds in qualified opportunity funds (QOF). These funds are then invested in economically distressed communities. If you keep your money in the fund for five years, your taxable gain on the original sale of property is reduced by 10%. Investments held for seven years get an additional 5% reduction. If you stay invested for 10 years, any gain from the QOF investment is tax-free. QOFs typically require investors to have a high net worth, a minimum annual income, and at least a six-figure investment. As a result, these investment vehicles, and the tax breaks that go with them, are mainly for the wealthy.

Corporate taxes will increase if Biden gets his way. For example, he wants to raise the corporate income tax rate from 21% to 28% (the 2017 tax reform law dropped the rate from 35% to 21%). He also supports a 15% minimum tax on large corporations.

In addition, Biden wants to increase the global intangible low tax income (GILTI) rate on foreign profits from 10.5% to 21%. He also supports a “claw-back” provision to force companies to return public investments and tax benefits when they eliminate jobs in the U.S. and send them overseas. He has also called for a 10% surtax on businesses that avoid U.S. taxes by sending jobs and manufacturing overseas and then sell goods back to Americans. Any deductions for expenses associated with sending jobs overseas would be eliminated, too.

Look for the pharmaceutical industry to pay more taxes, too. This could include the elimination of tax breaks for prescription drug advertisements and of any tax incentives for pharmaceutical companies to move production overseas.

On the other hand, Biden may push for some new tax breaks for certain businesses. For example, Biden wants a new manufacturing communities tax credit that would promote revitalizing, renovating, and modernizing existing – or recently closed – facilities. Projects receiving the credit would have to benefit local workers and communities. He also supports a new 10% “Made in America” tax credit for companies that invest in the U.S. According to Biden, this credit would help businesses that revitalize or retool U.S. manufacturing facilities, bring back jobs that were previously sent overseas, expand operations in the U.S., or increase wages for U.S. manufacturing jobs. 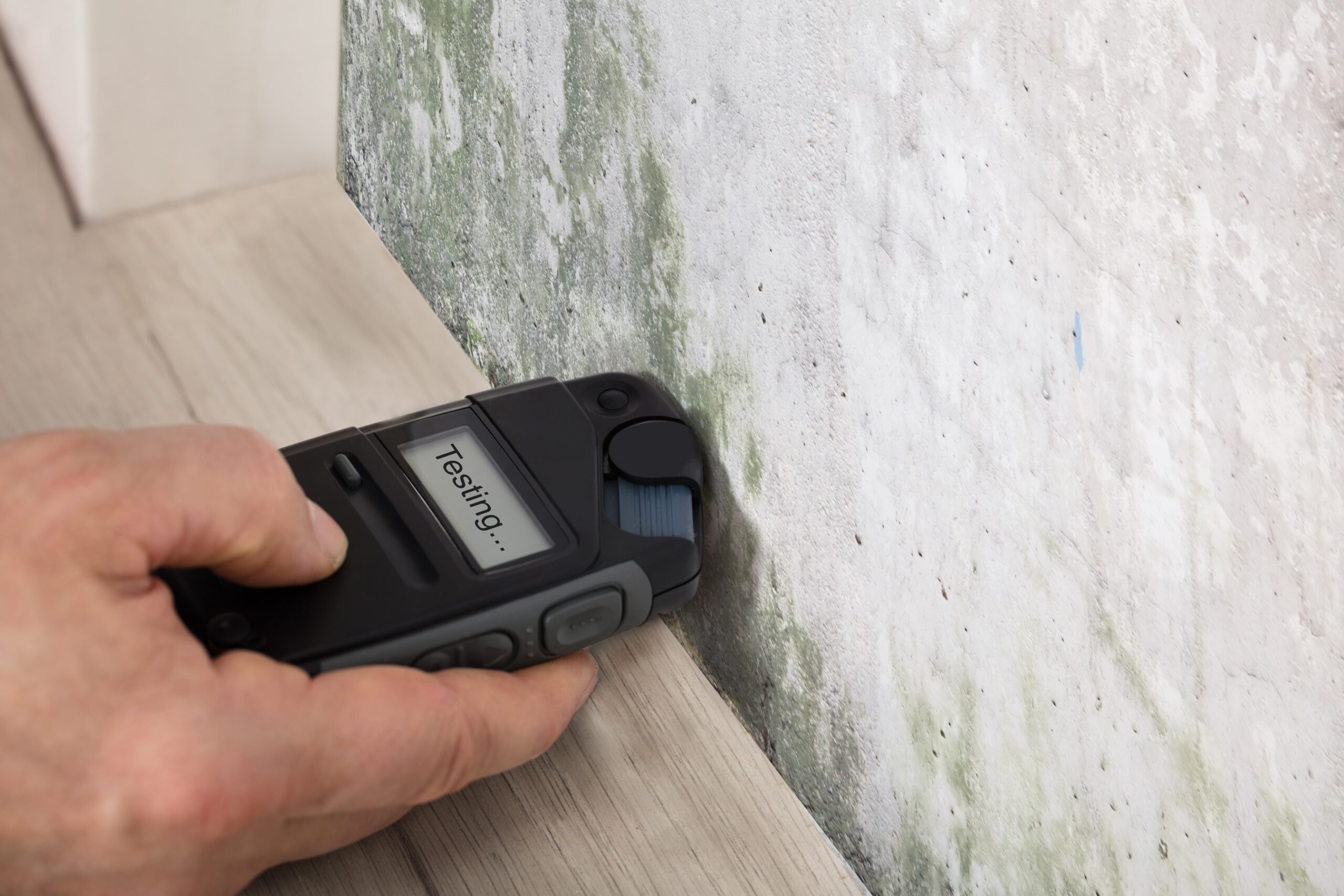 What are first-time homebuyers looking for?

<div><img src="https://www.christcars.com/wp-content/uploads/2021/01/what-are-first-time-homebuyers-looking-for.jpg" style="width: 100%"><div>Today's first-time home buyers are a unique bunch. They are typically millennials, budget-conscious, and looking for smaller ...

A Comprehensive Guide to 2020 Tax Credits

<p>Every year, people’s lives change in ways that affect their taxes. They may start a higher education program or have ... 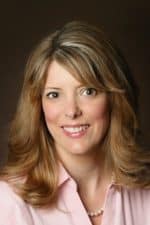 How the Debt Snowball Works

<p>This page may include affiliate links. Please see theÂ disclosure pageÂ for more information. You may have heard of Dave Ramseyâs debt ...